As we usher in a new year – and a new decade – celebrate with Sotheby’s by previewing twenty auctions to look for in 2020.

Kicking off the collector car auction season, RM Sotheby’s returns to the stunning grounds of the Arizona Biltmore Resort & Spa in Phoenix, January 16–17, for its 21st annual Arizona auction. The auction will feature sub-$100,000 collectible cars, as well as sports and GT cars such as Ferrari, Porsche, and Aston Martin.

The 2020 installment of Royal & Noble, now in its seventh year, will provide another exciting opportunity to acquire works from important aristocratic collections sourced throughout Europe. Highlights include property from two notable Irish houses – Killadoon and Luggala – and property from the Estate of Jhr. Ir. G.C. (Gijs) Six van Wimmenum (1892-1975), a descendant of Rembrandt’s great patron Jan Six.

Our inaugural online auction, Porcelain of Royal and Noble Distinction, brings together ceramics from factories such as Sevres and Meissen made for and admired by royalty. From plates to cups, to vases and biscuit busts, the online auction will showcase these historic objects to a broader range of collectors worldwide through our online platform.

Sotheby’s is honored to announce that we will present furniture, fine art and decorative objects from the personal collection of legendary interior designer Mario Buatta in a dedicated two-day auction that will take place during one of the busiest weeks on the New York art market calendar, alongside with both The Winter Show and our Americana Week auctions series in New York in January 2020.

Sotheby’s is pleased to present Triumphant Grace: Important Americana from the Collection of Barbara and Arun Singh on 25 January. The preview exhibition will be on view from January 16–24.

6. A New Dimension of Tradition: Important American Folk Art, Proceeds of the Sale to Benefit a New Folk Art Initiative at the Museum of Fine Arts, Boston, New York, January 25

Sotheby’s is pleased to present A New Dimension of Tradition: Important American Folk Art, Proceeds of the Sale to Benefit a New Folk Art Initiative at the Museum of Fine Arts, Boston on January 25. The preview exhibition will be on view from January 16–24.

Sotheby’s is pleased to announce the Important Americana auction on January 26. The preview exhibition will be on view from January 16–25.

As always, the January Old Master Drawings auction will include a wide range of works on paper from all the European schools, dating from the 15th to the mid-19th century, but this year the emphasis is very much on the Italian Renaissance. The indisputable star of the auction is the recently rediscovered and immensely important full compositional study by Andrea Mantegna for his painting of The Triumph of Alexandria, the second canvas in the great series of nine paintings representing The Triumph of Caesar, now in the British Royal Collection at Hampton Court Palace. These paintings, on which Mantegna worked from the 1480s until his death in 1506, are his greatest artistic achievement, and one of the marvels of the entire renaissance, and this drawing – one of only two by Mantegna that remain in private hands – is the only known preparatory drawing by the artist for the project that defines his legacy.

The auction also includes another remarkable Italian Renaissance discovery, the moving and beautifully preserved drawing of The Madonna and Child by Mantegna’s slightly younger contemporary from Perugia, Bernardo Pinturicchio (1454-1513). From a century or so later, there is also a superb and moving oil-on-paper study of a young girl by Annibale Carracci, and a fine red chalk head study of a type so typical of the Carracci. There are also fine northern school drawings, most notably a volume of studies of knights on horseback executed around 1550 in the workshop of Hans Burgkmair, and a ravishingly beautiful and well preserved drawing by the late 16th-century Flemish master, Hans Bol.

This January’s Evening auction of Master Paintings will present an exciting array of European works spanning the 14th through 19th centuries. The auction is led by Giovanni Battista Tiepolo’s eight-foot-tall depiction of the Madonna of the Rosary with Angels, the last major altarpiece by this Venetian master remaining in private hands. Other highlights include a newly rediscovered masterwork by Sir Peter Paul Rubens, his earliest known version of The Virgin and Christ Child with Saints Elizabeth and John the Baptist dating to circa 1612, an early Madonna and Child by the Master of the Bruges Legend of Saint Ursula, a family portrait of impressive scale by Thomas Gainsborough, R.A., an intricate trompe l’oeil of an illuminated manuscript by a highly-skilled Netherlandish painter, and a charming pair of landscapes by French artist Hubert Robert.

This January’s Master Paintings and Sculpture Day auction will offer a wide range of European paintings and sculptures from the 14th to the 19th centuries. Highlights of the paintings section include a beautiful penschilderij landscape by Adriaen van Salm, a stunning portrayal of a sea nymph by Ginevra Cantofoli, and an endearing portrait by François Hubert Drouais. The sculpture selection of the auction will feature works of art from the Medieval, Renaissance and Baroque periods including an early 16th-century German sculpture of St. George and the dragon carved in polychrome oak.

From 4 December 2019–30 January 2020, S|2 London presents The Blazing World, a diverse group exhibition of artworks that draw upon themes of science-fiction, utopia, ritual and the fragility of human hope and existence. The Blazing World is the third in a trilogy of group exhibitions at the gallery where a work of literature forms a conceptual framework for an exhibition and is accompanied by a new edition and reprinting of a story. The last group show in this series, The Blazing World, takes its title from a forward-thinking 17th-century fictional text of the same name, written by Margaret Cavendish, Duchess of Newcastle. A part of the original text will be reprinted in S|2’s accompanying exhibition catalog. The artists featured in the exhibition are Stano Filko, Peter Hujar, Marguerite Humeau, Charlotte Johannesson, Clementine Keith-Roach, Arik Levy, Charlotte Prodger, Paul Thek, Tishan Hsu, Nanda Vigo, and Anna Zemánková.

Sotheby’s is delighted to announce that we will be hosting an Old Masters Online auction during Sotheby’s prominent Masters Week in 2019. This auction includes an intriguing array of paintings and drawings at attractive price points that span through the centuries and the majority of Europe. With prices ranging from less than $1,000 – 30,000, this is the perfect opportunity for both new and established buyers to discover the virtues of collecting Old Masters. Bidding for this auction will be open from January 24 – February 4, while an exhibition in our New York galleries will be open from January 24 – 31.

Sotheby’s London Impressionist, Modern & Surrealist Art auctions will take place at the beginning of February 2020. A traveling exhibition of works included in the auction will be held in Tokyo on January 10 & 11, Taipei on January 16 & 17 and New York on January 23 & 24.

RM Sotheby’s begins its 2020 European calendar in spectacular fashion with a return to Paris February 5th, for its seventh annual auction during the world-famous Rétromobile show week. On offer are will be the finest sports, racing and touring cars from both pre- and post-war periods. RM Sotheby’s auction is held at the historic Place Vauban. Located in the very hub of Paris in the shadow of the Dôme des Invalides. A short walk to the Eiffel Tower, with nearby cafes in the city’s relaxed atmosphere.

Sotheby’s London Impressionist, Modern & Surrealist Art auctions will take place at the beginning of February 2020. A traveling exhibition of works included in the auction will be held in Tokyo on January 10 & 11, Taipei January 16 & 17 and New York January 23 & 24.

Sotheby’s Contemporary Art Evening Auction will take place in London this coming February. The auction will bring together a superb selection of works by some of the most engaging and cutting-edge artists of the Twentieth and Twenty-First Centuries to present a triumph of Contemporary Art.

Sotheby’s is delighted to present our upcoming Contemporary Art Day Auction February 12, which brings together an exciting group of works by some of the most sought-after artists of the moment. This season’s auction combines exceptional post-war works including those by Alighiero Boetti and Jannis Kounellis with a stand out selection of contemporary works.

Celebrating our 22nd year, RM Sotheby’s 2020 Amelia Island auction, the official auction of the world-renowned Amelia Island Concours d’Elegance, returns to the oceanfront grounds of the Ritz Carlton Amelia Island, March 6-7. The Amelia Island Concours d’Elegance is one of the world’s most prestigious Concours events, a must-attend event showcasing some of the world’s finest cars and host to a number of famous people from the car world. RM Sotheby’s, the only official auction house of the Concours d’Elegance, has been a proud supporter for 22 years. RM Sotheby’s auction is held on the lush oceanfront grounds of The Ritz-Carlton of Amelia Island, which features miles of pristine beachfront, a full-service spa, and a retail haven for high-end connoisseurs. Considered one of the very best automotive weekends in the United States, each year thousands of enthusiasts flock to the island to enjoy the event experiences and camaraderie.

Celebrating the very best in Modern British Art across the disciplines of paintings works on paper, prints, photography, contemporary and studio ceramics and design, Made in Britain offers the perfect opportunity to acquire works by some of the century’s most celebrated and sought-after artists and makers. With estimates starting from only £300, the auction offers something for every collector, at every price level. 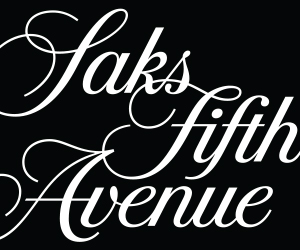 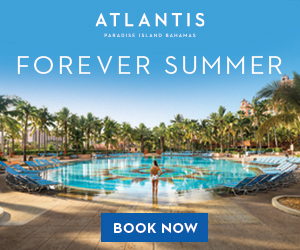 "The Most Famous Artworks in the World" video series presented by Sotheby's & Citi Private Bank - Enjoy this inspiring video series at Sotheby's. 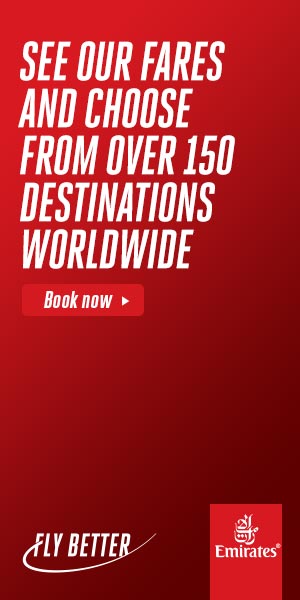 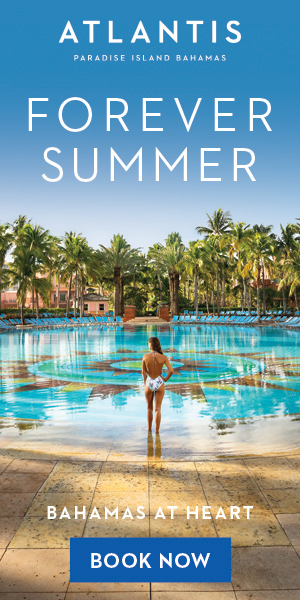